Uganda is one of the best destinations for birding safaris in Africa. From the savanna of Queen Elizabeth National Park to the jungles of Semuliki National Park,
Uganda is endowed with a breathtaking 24 endemic Albertine Rift bird species, moreover having over 1078 bird species in total; it is potentially the best birdwatching destination in Africa
Numerous endemic bird species in the Uganda area are found in Bwindi Impenetrable Forest, Semuliki National Park, Ruwenzori Mountains, and Mgahinga. These include Green Broadbill, Grauer’s, Grauer’s Swamp and Neumann’s Warblers, Shelley’s and Dusky Crimsonwing, Yellow-eyed Black Flycatcher, Strange Weaver, Ruwenzori Double-collared, Regal, Purple-breasted and Blue-throated Sunbirds, Ruwenzori Turaco, Handsome Francolin, Stripe-breasted Tit, and many others. In the papyrus swamps around Lake Victoria and other lakes, the enigmatic Shoebill can be found, as well as specialties including Papyrus Yellow and White-winged Warblers, Carruther’s Cisticola, Papyrus Gonolek, Swamp Flycatcher, and Orange Weaver 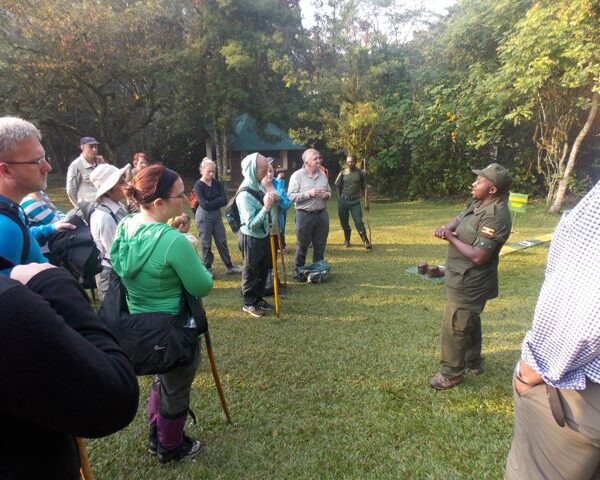 Uganda is one of the best destinations for birding safaris in Africa. From the […]