When you book with an account, you will be able to track your payment status, track the confirmation and you can also rate the tour after you finished the tour.
Sign Up
3459

Gatamaiyu Forest is part of the larger Kikuyu Escarpment Forest which covers an area of 37,620 hectares ( 376.2 square kilometers). Other forest blocks that form Kikuyu Escarpment Forest includes; Kereita, Uplands, Kinale, Kamae, Kieni, Raggia, and Kijabe. Gatamaiyu Forest covers an area of 4,720 hectares(47.2 square kilometers) of which 75 percent is indigenous forest, eight percent is exotic forest, and the rest is bamboo, scrublands, and some green farmlands.

A day birding in Gatamaiyu forest requires an early rise, to beat the traffic in Nairobi, the drive takes 45 minutes to an hour, the weather in the forest is quite comfortable, and the tour will involve walking along the well-maintained nature trails inside the forest, birding is mainly done while relying on bird sounds, and a lot of patience is therefore required. It is advisable to have comfy hiking shoes. Also, carry insect repellent the forest has Deer Flies, (between the months of February- April) which have a nasty bite. A rain jacket is recommended too, as the weather in the forest can change without giving a warning. Gatamaiyu forest birding tour is leisurely paced, suitable for any age bracket, and available daily throughout the year.

Birdwatching starts as you exit the Nakuru– Naivasha highway, be on the lookout for the African Stonechat, perching in bushes next to the road, Cape Crows feeding on the roadside, Augur Buzzard soaring high up in the clear blue sky, and feisty duets of Hunter’s Cisticola on the picturesque tea plantations along the newly tarmacked road to the forest. Golden-winged Sunbird may be seen on Lion’s flowers, Black Sawwing/Roughwing flying low-catching insects and White-eye Slaty Flycatcher perching on the fencing poles. Twelve species of sunbirds may be seen in Gatamaiyu Forest which include; Tacazze, Malachite, Eastern and Northern Double-collared, Variable, Golden-winged, Olive, Collared, Bronze,  Scarlet-chested, Amethyst, and Green-headed Sunbirds. Gatamaiyu Forest is one of the Key Biodiversity Areas (KBA) in Kenya, with about 138 species of birds recorded in and around the forest, of which 31 are forest specialists and 20 are considered rare. About 39 of Kenya’s 67 Afro tropical highlands biome bird species occur in the Gatamaiyu forest. The forest is home to the globally threatened Abbott’s Starling, the smallest of the starlings with a shrinking home in a few evergreen forests in Kenya and Tanzania.

Gatamaiyu forest plays an important role as a catchment area for the many rivers and springs. Most of the rivers and streams such as Gatamaiyu, Bathi, Kiruiru, and Nyanduma start from the forests, typically flowing south-easterly before joining up to form part of the Athi River.

Nature trails in the forest are well-maintained and suitable for walking by any age group. Gatamaiyu forest also offers a fantastic location for fishing enthusiasts or fly fishers.

Gatamaiyu River is well-stashed with fine-looking rainbow trout fish, a popular game fish for fly fishers. The river has good pools, rapids, and fantastic waterfalls that provide a tranquil to fish in peace and quiet.

There are 8 kilometers stretch of the river well stocked with rainbow trout. Enough for everyone to make a catch. The rainbow trout love an unperturbed atmosphere…let your mind waft as you bustle out that engaging tune and the trout will approach you. You must have a license to be allowed to do fishing from the Kenya Fishery department 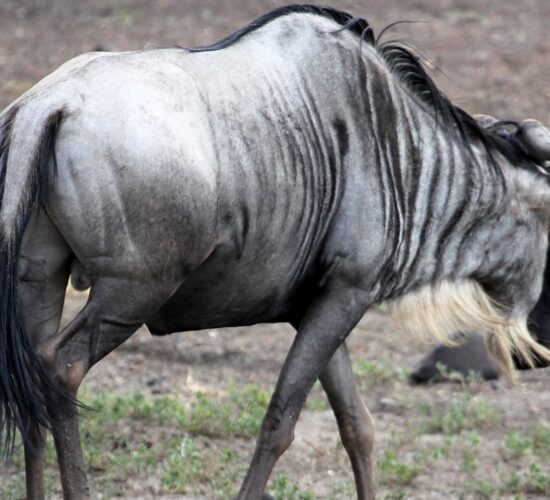