When you book with an account, you will be able to track your payment status, track the confirmation and you can also rate the tour after you finished the tour.
Sign Up
652

Shaba National Reserve is an area of spectacular scenery; its dry plains bisected by the meandering river, with the backdrop of Africa’s dramatic mountains, including Mt Kenya and Ololokwe Mountain

Shaba National Reserve is one of the northern reserves in Kenya, the reserve measure about 239 kilometers square. Shaba National Reserve is an area of spectacular scenery; its dry plains are bisected by the meandering river, with the backdrop of Africa’s dramatic mountains, including Mt Kenya and Ololokwe Mountain. The grass and scrub are normally brown in color and during the rainy season all changes with flowers everywhere. There are stretches of Umbrella thorn Acacia, open woodland, springs, and swamps as well as lava outcrops. Shaba Reserve has the perfect and preferred habitat for William’s Lark, which is one of the Kenya endemics. Mount Modech and Mount Shaba are used by Vultures for roosting. The Reserve is managed by Isiolo County

This remote reserve is probably most famous, among birders, for its populations of the rare and little-known endemic Williams’s Lark.

Williams’s Lark appears to be strongly connected to the lava fields in this part of its tiny range and this will be one of the undoubted specials to find in Shaba. Birding here can also usually be extremely productive and we are likely to see many other beautiful species. Doum Palms and riverine forests, in the midst of arid and semi-arid ecosystems, create the magnificent landscape of the Shaba National Reserve. This vast expanse of remote pristine wilderness is inhabited by iconic wildlife and a tranquil ambiance blankets this wildlife haven. The traditional homeland of the Samburu people, this arid terrain features northern Kenya’s biggest river, Ewaso Nyiro. Quenching the thirst of the abundant wildlife that roams this reserve. Samburu people were lured to this area due to the reliability of the Ewaso Nyiro which provides water for their livestock. Ewaso Ng’iro river courses through Samburu National Park, Shaba National Reserve, and the Buffalo Springs National Reserve to the south. Shaba National Reserve is home to the rare northern special five species (Grevy’s Zebra, Somali Ostrich, Reticulated Giraffe, Gerenuk locally known as the Somali Giraffe, and the Beisa Oryx) this craggy, rugged region unfolds a romantic, awe-inspiring safari experience.  Captivating Samburu elephant herds saunter over this game-rich reserve and big cats prowl through the thick acacia forest. Birding in Shaba National Reserve is more productive and fascinating early morning and late evening. This is due to the climatic conditions of the area, the temperatures rise steadily from early as 9 in the morning 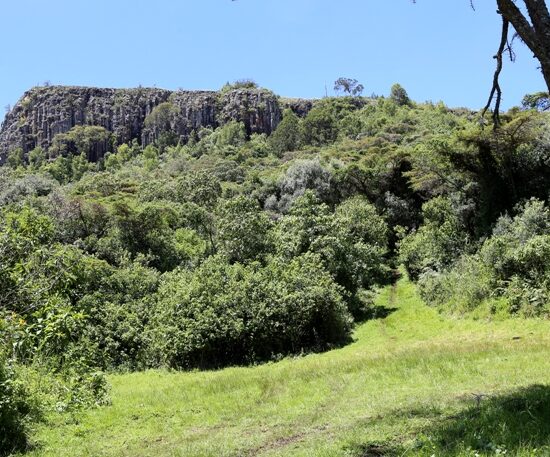