When you book with an account, you will be able to track your payment status, track the confirmation and you can also rate the tour after you finished the tour.
Sign Up
94

Aberdare National Park Ranges are the third highest range of mountains in Kenya, reaching a summit of just over 4000 metres. Aberdare range is one of the major water towers in Kenya, being the source of many big rivers and countless streams. The major rivers from Aberdare Forest are Athi and Tana, which flow into the Indian Ocean, Ewaso Nyiro which passes through Samburu and Shaba Game Reserves and drains into the Lorian Swamp and River Malewa which drains into Lake Naivasha. The Athi, Lake Naivasha, Tana and Ewaso Nyiro River Basins have their source in Aberdare Forest Reserve. The Aberdare mountain forests are catchment areas for the Tana River, the largest river in Kenya, supplying water to the Seven Forks hydroelectric power complex which generates over 55 per cent of Kenya’s total electricity output. This enormous range is well known for its thick outstanding forests, and their prolific game. Picturesque, steep forested ravines and open moorland characterize the Aberdares National Park. These high-altitude forests are broken by moorlands and plains, and through the abundant tree cover, there are sensational views of the Rift Valley and the peak of Mount Kenya.  The Aberdare park has a 400-kilometre electric fence around it which help in controlling the human-wildlife conflict. The name Nyandarua means ‘pegged hide’ in the Kikuyu language perhaps because of the Aberdare Mountain Ranges’ resemblance to an animal skin pegged out to dry. The Aberdares are the water catchment area for the Sasumua and Ndakaini dams, which provide most of the domestic water for Nairobi. Aberdares Ranges has several peaks which are popular with mountain hikers Among the popular peaks are Ol Donyo Lesatima (4,001 metres), Kinangop (3,906 metres), Elephant Hill (3,906 metres), and Chebuswa Hill (3,364 metres) and Twin Hills (3,300 metres).

Aberdare National Park is a shelter for various mammals such as Elephants,  Black Leopards, Spotted Hyena, Olive Baboons, Mount Kenya Guereza, Buffalo, Warthog, Bushbuck and Common Bush Duiker. Uncommon sightings include those of the Giant Forest Hog, Endangered Mountain Bongo, Golden Cat, Melanistic Serval Cat, African Wild Cat, African Wild Dog, African Palm Civet, African Civet Cat and Blue Duiker. Nature lovers can enjoy picnics sites, birdwatching, summiting the peaks, trout fishing in the rivers and camping in the moorlands. Recently in one of the water holes, an Elephant was captured with twins. Aberdare National Park can also be explored by vehicle, or on foot. There are trekking trails throughout the forests, and across the moorlands. A few days spent here is one of Kenya’s best forest treks. The foothills of the Aberdare are ideal for exploring on horseback and there are crystal clear mountain streams that abound with Trout. Aberdare National Park has a great place for waterfalls. Karuru Falls in the Aberdares National Park is a place of many unique wonders of nature. Being the tallest waterfall in Kenya, Karuru falls is located in the Aberdare ranges, plunging 273 meters below the viewing point

Aberdare National Park forests and moorlands are a birder’s bliss with more than 250 bird species recorded. The Jackson’s Francolin will be seen feeding along the many nature trails in the park. The endemic Aberdare Cisticola unique to the Aberdare ranges may also be seen singing in the grasslands at higher altitudes. Several elegant sunbirds are found in the park too, such as Malachite, Green-headed, Golden, and Scarlet-tufted Malachite which is not common in other birding destinations in Kenya Cassin’s Hawk-Eagle- a true forest raptor, uncommon with very limited sightings in Kenya has been seen in Aberdare. The Abbott’s Starlings  and Green Ibises may be encountered too in Aberdare park 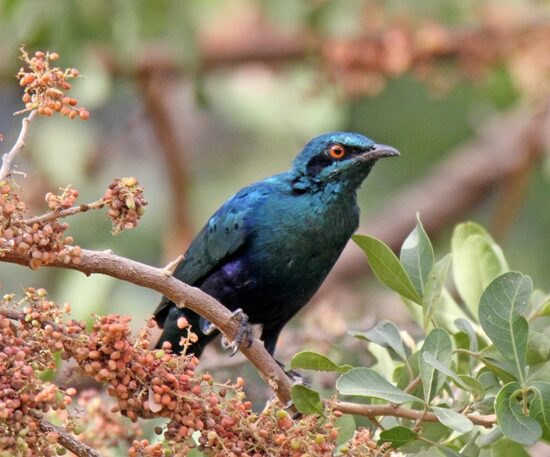 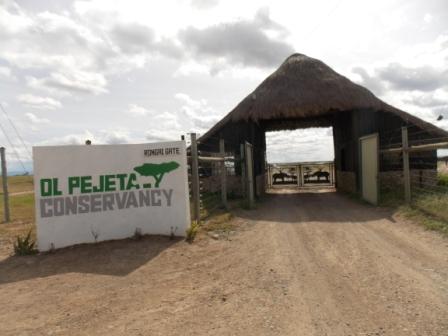