When you book with an account, you will be able to track your payment status, track the confirmation and you can also rate the tour after you finished the tour.
Sign Up
2243

Ol Donyo Sabuk is one of the smallest national parks in Kenya covering an area of 20 kilometers square. The expansive farm that now hosts the national park was once home to William Macmillan, a game hunter from America, who visited and decided to settle in Kenya in 1901. At the farm, Macmillan built a castle in which, on different occasions, he hosted explorer and former American President Theodore Roosevelt and British Prime Minister, Sir Winston Churchill. The two renowned world leaders were on game-hunting trips to Kenya. William Northrup Macmillan stood over 6 feet 3 inches tall. Although most white men arriving in Kenya at that time came from the UK, especially England, Macmillan arrived in Mombasa in 1904 at the age of 32 from St Louis Missouri in the United States of America. After his death in 1925, his wife Lucy built the Macmillan Library in Nairobi in his memory. His townhouse is what is part of the University of Nairobi’s Chiromo Campus. But more interestingly is the fact that the late Tom Mboya, a popular politician in the Jomo Kenyatta era, was born at Ol Donyo Sabuk where his father worked as a casual laborer at Macmillan’s sisal farm. Far from its interesting history, Ol Donyo Sabuk National Park or Kilimambogo is popularly becoming a must-go for Kenyans and tourists, in general looking for more challenging exercise terrains, and a place closer to Nairobi 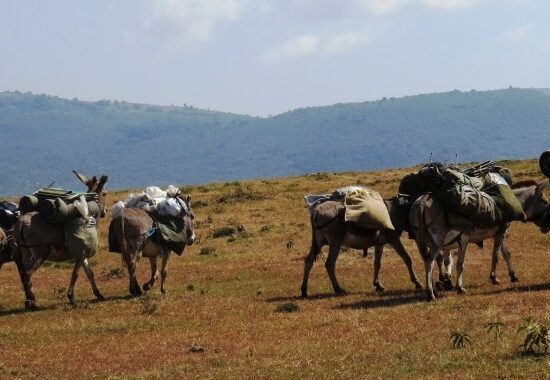 Loita hills forest (forest of the lost child) is considered a shrine by the estimated 40,000,  Purko and Loita Maasai, as well as an integral botanical, ecological, and historical zone of Maasai land